"I swear with God as my witness, I will never pick up another man!...in a library...on a Saturday...unless he's cute...and drives a nice car. Amen."

Okay. So I was never one of these guys who got into the Golden Girls back in the day. Just didn't appeal to me. It was only years later, after coming out, that I realized second-hand just how big a touchstone GG was to so many gay men. And it kinda makes sense. The foursome exhibit, collectively and individually, traits that we boys enjoy. There's the self-confessed, uh, sexually generous one (Rue McClanahan/Blanche), the outspoken one who doesn't put up with bullshit of any sort (Bea Arthur/Maude...er, I mean Dorothy), the nice one who is just a bit ditzy for her own good (Betty White/Rose), and the ornery one who just lets her trap fly, and damn the consequences (Estelle Getty/Sophia). Still, it doesn't really appeal to me that much. Sit me down and force me to watch an episode? Sure. But I won't go out of my way to watch it.

Then again, I may have to reconsider. I may have missed something wonderful. Apparently, not only are Blanche, Dorothy, Rose and Sophia all lots of fun to watch, they are responsible for having recruited and seduced many young influenceable boys to the dark side back in the 1980s. At least, so sez Stephenson Billings, a right-wing Christian and probable closet case who writes for ChristWire.org.
Ho boy, do you have to read this article. Seriously, I'm amused and confused by it. I can't tell whether he's serious, or whether he's parodying the right wing Christian wackos who are suffering some sort of mental condition. If he's serious, then oblivious self-mockery was never so luscious to behold. Here's some fun tidbits from the article, for those of you who just don't have the time and/or attention span:

See, I feel stupid having to explain these things. I feel like I'm teaching a fifth grader for the millionth time that 2+2=4.

One more thing: How about his accusations of leather daddies and flaming queens who "attack with the swiftness of a ninja," then head off "groping someone's son in a Sears lavatory"? Ya know, this equating homosexuality with pedophilia has to STOP. We gay men aren't interested in boys. We're interested in men.

I have to stop. I can't stoop to this guy's inanity anymore. It's kinda useless for me to mock him at this point...he does such a good job of it himself. Instinct should seriously consider hiring him on as a regular contributor.

"And now, the sports news. I'm your host, Chuck Sirloin." 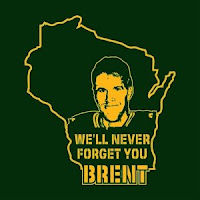 Stupid, stupid, stupid (and insanely obvious) sports news that gets people all riled up. Because, y'know, nothing - not even a war in Afghanistan, the muck and mire of health care reform, or the economy - can compare to the import of these luscious jewels. To wit:

- Tiger and his affair(s). OMG. Stop the presses. ANOTHER sports hero sticking his pee-pee in another warm, tight vagina that is not his by virtue of marriage. Can't imagine.
- Mark McGwire and his steroids. Heavens to Murgatroyd and pass me the smelling salts! A baseball player on steroids! People, it's not like those Popeye-sized forearms of his way back when didn't scream it out in the first place.
- Brent Favre (sic). Need I go into it? The sports poster child of growing old gracelessly. Either retire or don't. And the fact that he went to Minnesota after years with Green Bay, antagonizing one of the biggest rivalries in the country, made him even more of a twat.
- Overanalysis of anything football-related, for that matter. Seriously, people? The fact that we make a multi-billion dollar enterprise out of football is a joke to me. Yeah, I can get behind the whole "pride in your own city" thing. There's better ways to do it. The way that millions of people either a) spend hours examining and analyzing players and their abilities and their potential, or b) pretend that they do is hoarksome. Straight-guy dick-fencing of the worst kind. (As a gay man, I have to admit I don't mind examining and analyzing players and their, um, assets. Most specifically: linebackers in tight contour-accentuating uniforms that barely restrain their big guts and bubble butts. Yum. Oh, and Howie Long, too. At least looks-wise.)
Posted by Uncle Spike at 3:37 PM No comments:

This video is so many iridescent shades of FABULOUS I don't know where to start. I'm now looking at the world through rainbow-colored, triangle-shaped glasses.

I would stop with the exclamation points, but there's such high energy I can't stop! Someone help me!

And these preening gym bunnies from the San Francisco Bay Club! Hot! Working an aerobics routine choreographed to Devo on speed and performed within a millimeter of its airbrushed life! Ass slaps and high kicks all 'round!


Now. I defy you to be depressed for the rest of the day.