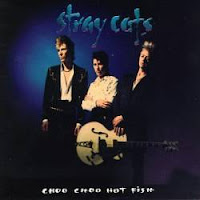 No, I'm not an expert on rockabilly. I just know that it's music that's just dripping with pomaded teenage rebellion, 1950s style, and was a great offshoot of more straight-ahead rock 'n' roll. I consider it the landlocked, scuffier, wilder, and slightly more countrified version of surf guitar music. Oh yeah, and there's singing, too...almost exclusively by guys, almost exclusively about girls, cars, backstreet brawls and beefs with The Man.

Don't know much about the Stray Cats, either. Of all their songs before 1990, I only know their three biggest ones: "Stray Cat Strut," "(She's) Sexy & 17," and "Rock This Town." Brian Setzer and Co. were born about 30 years too late, it seems. But they deserve mad props for bringing rockabilly back with a vengeance in the 1980s, even if it was an uphill struggle. They were about the only ones in the convertible cherry red Cadillac spearheading the effort. Worse, people were too infatuated with new wave synthesizers and short, sunny pop tunes to pay attention to much music before 1975.

By the early 1990s, the Stray Cats had long grown old. So it was no surprise that in 1992, Choo Choo Hot Fish dropped with the impact of a pebble into Niagara Falls. A shame, too, since the album wasn't half bad. But "Cry Baby" - the one song that my local "alternative" station played from it - was faster, more rambunctious, and more infectious than anything the Stray Cats had ever dropped before. Including "Rock This Town." If there were any justice, radio as a whole would have picked up on this hummer and brought these guys back to relevance. No such luck.

There's no real variation on any rockabilly themes here. Guys in these songs are always itchy and impatient and finding fault with the world around them. Here, the subject of discontent is a crybaby who always runs late for her dates. Lyrics like "The game you're playing is just not my bag/Why must you be such a drag?" certainly didn't win any awards for poetic excellence, but score major points for punk-like conciseness and attitude. Here, attitude is everything. Brian Setzer's sultry snarl is reverbed to the max, as is the stuttering guitar that zooms up and down like a rollercoaster flying out of control. And damn, these guys sound like they're having a blast. You'd think Setzer was thrilled to be kicking his girl to the curb, free to be on the prowl again.

Yeah, the Stray Cats are a footnote in music history, long gone (aside from the cliched reunion concerts and tours). And rockabilly remains the bastard cousin of rock 'n' roll, often easily overlooked in search of other genres with more variation. But who cares? Those facts are irrelevant when you discover songs as fun as "Cry Baby." 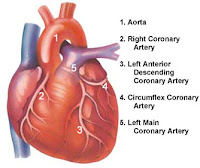 If I read or hear another mention of "coronary heart disease," I'm goin' medieval on the fool. Look here:

coronary (adj) 1. of or pertaining to the heart.

"Coronary heart disease" is an obnoxious, stupid redundancy. It's like saying "heart heart disease." Some might argue this point:

coronary (adj) 2. pertaining to the arteries that supply the heart tissues and originate in the root of the aorta.

And they say, "See? It's heart disease that's specific to the coronary arteries!" I guess that's to differentiate from conditions like cardiomegaly or endocarditis. So, okay. That makes sense. Kind of.

If it's disease that has struck the coronary arteries, then just say so. Coronary artery disease. Not so hard, is it? Saying "coronary heart disease" just makes you look dumb. At least to this health care professional.
Posted by Uncle Spike at 3:25 PM 1 comment: 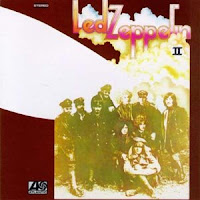 Hot DAMN, but this is one hot song. A half-stifled laugh leads into one of the most immortal riffs in all of rock and roll, buttressed by one of the thickest basses of all time. Then Robert Plant unleashes his incomparably lusty yowl, Bonzo slams into his drums, and thus begins a six-minute classic come-on that’s more of an ode to the sheer power of testosterone than to the woman Plant is itchin’ to score.

As the first single for Led Zeppelin II, this song was significantly shortened to make way for the AM radio waves, and as such, packed a punk-like punch. But seldom has the recording studio been so successfully used to make incidental sound effects absolutely essential to a song. I’m talking, of course, about the bridge. Put on headphones – preferably sound-reducing ones. This is the only way to listen to this part. Psychedelic bees swarm and thunder roars all around you. Jimmy Page swipes the theremin from its original home in space-themed lounge music and rips out some unholy sounds. Bonzo keeps a deceptively simple, metronome-like tempo in the background. And here, Plant screams at a hyperorgasmic level, as if his normal yowl was just a whisper.

You could argue that this was the best song Zep ever did. Whether you’d be successful is another story altogether, but only because there’s so much to choose from. Critics seem to praise the lumbering, bluesy “When the Levee Breaks” off of their fourth album. Many will always remain loyal to “Stairway to Heaven”; I’m not one of ‘em. But it says something that this fiery romp led off their original (and best) 4-CD box set released in the early ‘90s. Downloading this song ain’t a bad place to start, but seriously, if this song hits you, head out and immediately get any or all of their first five albums (personal faves: Led Zeppelin II, Led Zeppelin IV, and Houses of the Holy).
Posted by Uncle Spike at 2:16 PM No comments: 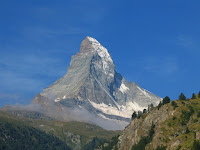 Specifically, as verbs.
peak (vb): to project in a pointed top; to attain a high point of activity, development, popularity, etc.
pique (vb): to excite (interest, curiosity, etc.)
So, one can say "My interest in R.E.M. peaked in the early 1990s, before Bill Berry left the band." And one can also say, "It was around this time, when I was coming out, that the Pet Shop Boys began to pique my interest."
Get it. Got it? Good. Now don't ever, EVER confuse the two in writing again, or I'll come after ya. It's said with love, pure and unconditional.
Posted by Uncle Spike at 8:49 AM 2 comments: 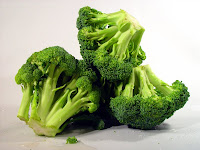 Whatever you do, never, NEVER combine these two ingredients in a dish. NEVER. Star players on their own that combine to produce an aroma and a flavor as appetizing as raw sewage. And yes, I speak from experience. It's good to get creative in the kitchen, but trust me on this one.
Posted by Uncle Spike at 2:18 PM No comments: